Royalton Wedding Photography for John and Jolie's wedding. Their love story began in September of 2011, when John started working at a hotel where Jolie was working. During John's first week there, his Director thought it would be a good idea to get familiar with the property by training with her department, so he got to follow her all around the hotel for the entire day. Little did he know, that he'd be getting a preview of the rest of his life... by following Jolie Mak wherever she went. John took notice of Jolie from the very first moment he saw her. He spent every moment possible talking to her, even up to the moment he was skipping his lunch. They kept discussions mostly professional with small talk here and there. At one point, Jolie had mentioned how much she loved his tie (the one that he so carefully picked out the night before to try to impress her). John got so excited that she noticed... until she said, "My boyfriend would love that tie!" Instant bummer! After that day, they kept things cordial during their time working together.Jolie never knew that John had the biggest crush on her. About four months later, Jolie left the hotel to pursue a career as a Meeting Planner at another organization. Fast forward 2 years later, John and Jolie would reconnect again... by coincidentally joining within 2 days of each other on Match.com. John first messaged Jolie (which is still debatable to this day) asking how she was and what she was up to. At the same time he had sent her a message, she was also sending a separate message to John. The message she sent to him had a subject line that read "Hey buddy!" So at this point, he was not sure he had any chance with her as he thought she had put him instantly in the friend zone. After a few messages back and forth John built up the courage to ask her out to dinner. They went out on their first date to a ramen shop in Washington, DC and had an amazing date. They were so busy chatting the entire time, they barely touched their food (which is really out of character for the both of them). Little did either one know, they had just met the person they would spend the rest of their lives with. John popped the big question a little over 2.5 years after their first date...John decided to surprise Jolie while she was on her family vacation in Toronto. While Jolie thought he was still on a work trip, the element of surprise was in full effect. Smiling from ear-to-ear, she said yes! After 4 years together, the day finally arrived! On a beautiful winter day in the Riviera Maya, John and Jolie stood before their families and closest of friends to share in the joy of finding their perfect person. Jolie says, "Our favorite wedding detail was probably the DJ and our MC, Aldo. They truly made the night a fun and memorable wedding. They set the tone for all of our guests during dinner with some awesome music. They truly played some of the best music we've ever heard at a wedding and we were just glad it was at ours because everyone was on the dance floor all night”. 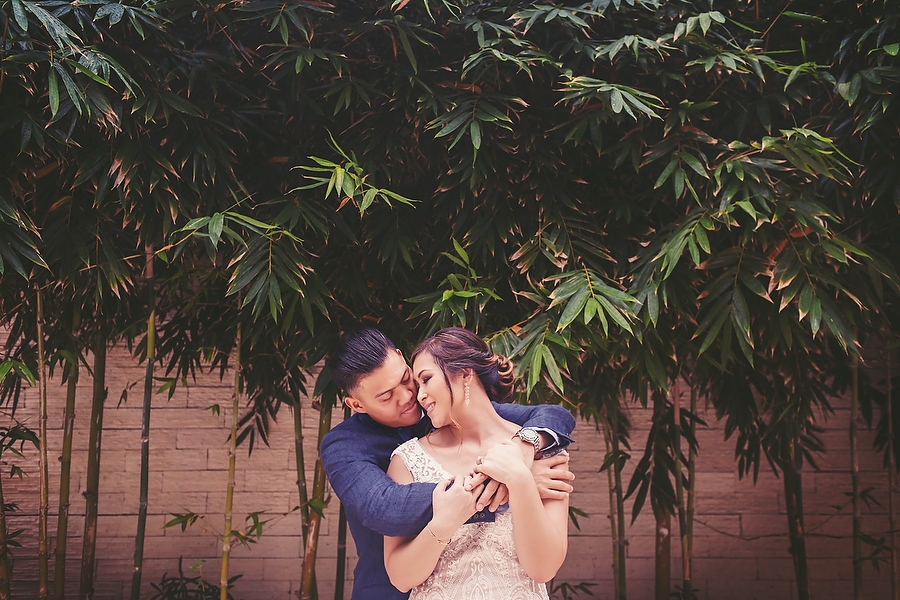