Our First Wedding at Hotel Xcaret Mexico All-Fun Inclusive was a dream come true!! Liz and Mike are fun, down-to-earth, laidback, and 100% in LOVE! Liz explains how their paths crossed, separated, aligned again, and then became inseparable! "Michael and I were in a yearbook class together in Junior High. Michael was in 8th grade, I was in 7th. I always thought he was kind of goofy, like a class clown. We continued on through high school together, always acquaintances through mutual friends, but never getting very close to each other, and after high school we went our separate ways. Ten years later, on a night out with friends, we ran into each other at a concert. I approached him first, with a sassy one liner. He reciprocated and we spent the rest of the night catching up, enjoying each other's humor, and having so much fun! From that night forward, it was so easy to spend time together; it felt natural, like two old friends reconnecting. Timing was everything for us. It took those ten years apart, living separate lives and experiences, to help us become the Liz & Michael we are now. The people who fit so well together as a couple. Liz considers herself extremely lucky because Mike not only fell head over heels in love with her, but he also took her son, Tristan, and made him a very important part of his life. They chose to get married in Mexico with their closest friends and family, not just as a celebration between Mike and Liz getting married; they wanted a celebration of three people coming together to form a beautiful family. Liz said yes to being a wife, and Michael said yes to being a father too! 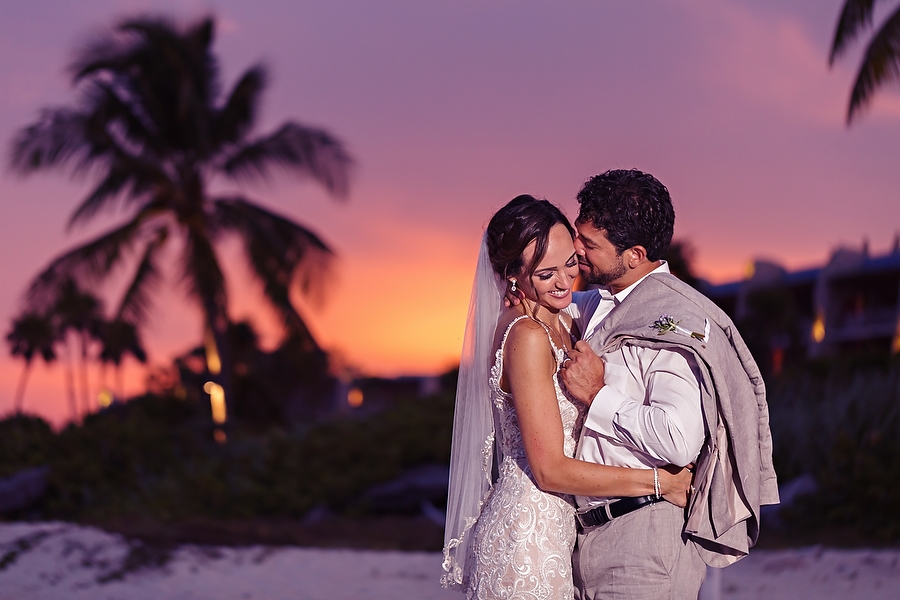