Whitney and James have been together for five years. They started their relationship and got through the struggles of long distance. They both took the positive outlook and allowed distance to make the heart grow fonder. Then, on one of their special vacations together at Disney, James dropped to one knee in front of the world famous castle and asked Whitney to be his partner in life. Whitney was awestruck and overwhelmed with happiness! James and Whitney and their closest traveled all the way from Manchester in the United Kindom to party it up at the Royalton Riviera Cancun. Her dress was gorgeous, all were dressed in their absolute best, the weather was perfect, the guys were super stylin' and they even broke out the microphones for some rap performances at the end of the night. They were inseparable and in euphoria on their first day as husband and wife! 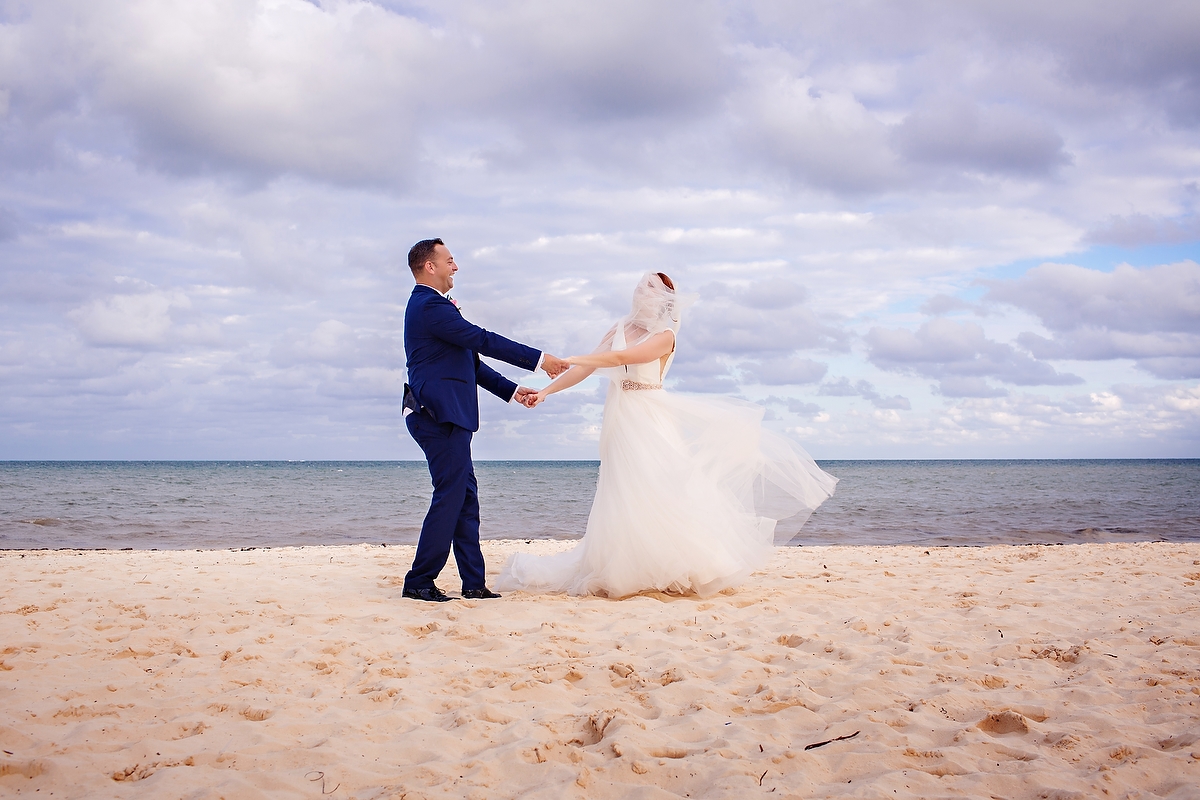