Alex and Hannah came to Tulum to celebrate their one year anniversary together. Alex invited Hannah to make a photo session in a cenote to mark the milestone of their relationship! Since they live on the beach in LA. They wanted something different and close to nature. They chose El Buho Cenote for a private experience with just the two of them. Upon entering the cenote, they were surprised with the sounds of a Conch shell being blown by a Shaman. They both know that it's a typical practice to ask the spirits for permission and bless the sacred waters with a ceremony, so they weren't thrown too far of the path. The Shaman asked the girls if they would like to take part in the ceremony, and they both agreed without skipping a beat. During the ceremony, they followed the Shaman's instructions and were then handed a beautiful wooden box as a spiritual offering. When they opened the box, two butterflies flew out into the jungle breeze, and one decided to hang around for awhile. It gently perched itself on both of the girls hand's and they knew they were both in for something special. Hannah, had no idea what else was in the box, and then she glanced inside to see a beautiful golden ring! In that moment, in front of the fresh, transparent waters surrounded by the beautiful jungle. Alex dropped to one knee to ask Hannah to be with her forever! Hannah was excited and surprised by the effort, thought, and unexpected moment. It was a powerful and emotional moment for each of them. Without hesitation, Hannah said yes and Alex couldn't have been happier....or so she thought! Hannah stepped away to leave the beautiful letter that Alex had written for her in her backpack, and quickly returned for what we thought would be an intimate and special remainder of the pre-planned photo session. But to our surprise, Hannah also had an intention of her own. Right then, it was Hannah's turn! She dropped to one knee, and she returned the question to Alex, with a ring of her own! Two proposals in one magical experience! When it's meant-to-be, it's always perfect! These two spiritual souls got to experience a double and simultaneous sacred memory that will be with them forever! Wine: Wine O'clock 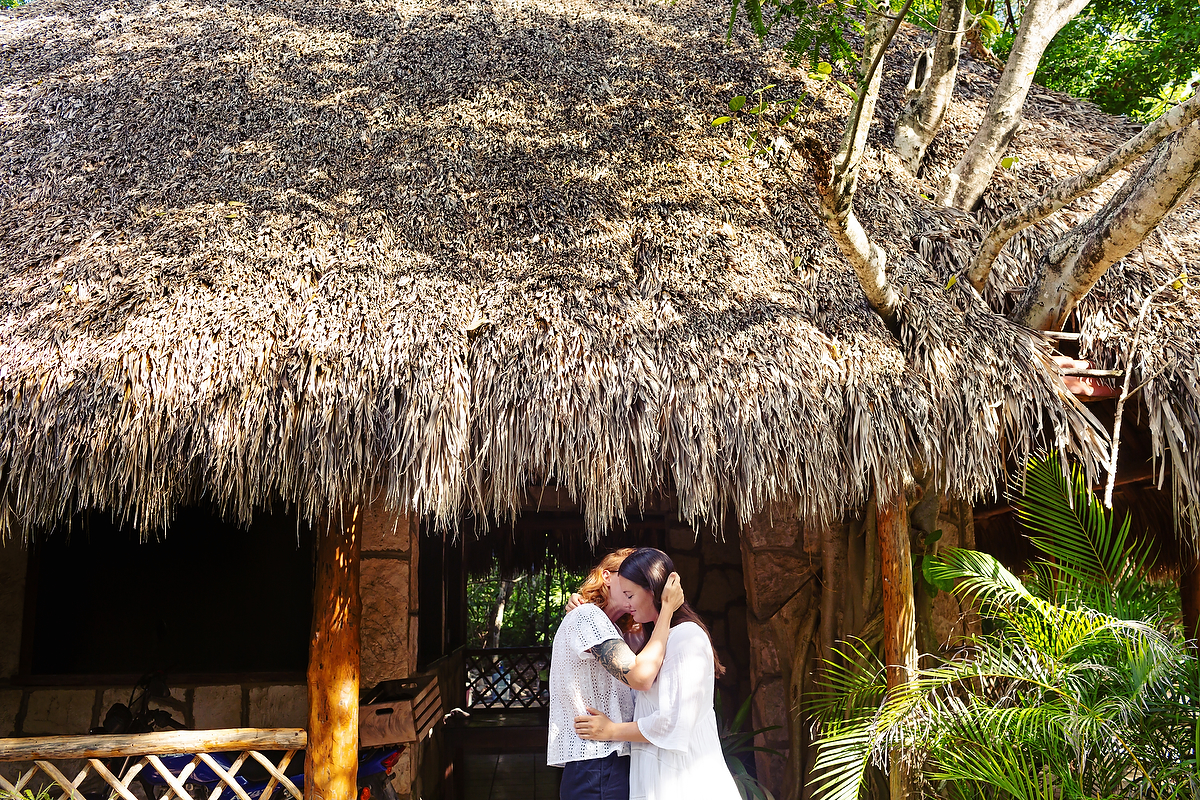