Steven and Cassandra have been sharing their lives together, helping to support each other, and falling more and more in love! With Cassandra returning to school to further her medical career, Steven knew it was time to make their relationship even more official! Steven wanted Cassandra to know that he will be there for her forever! So, he decided to do a thang! Steven knew that their trip to Mexico would be the perfect opportunity to bring his plans to action! Steven thought long and hard, and then he came up with the most perfect plan. He wanted something unique and undone before. He wanted to do it in a special place, and he didn't want Cassandra to have a single clue as to what he was up to! Steven planned a perfect mid-morning date for the love-of-his-life. He invited her to a private picnic in a sacred cenote. When they arrived to the cenote, there were birds chirping, fish splishing and splashing, and the sounds of the trees moving above their heads was like a jungle symphony that Mother Nature was playing, especially for them! As they listened to nature's soundtrack, they made their way through the winding path of the jungle, lowering into the mouth of the cenote. That's when they spotted the beautiful bamboo teepee and covered in tropical flowers to indicate their picnic area. Cassandra was pleasantly surprised when she say the gorgeous spread of breads, cheese, fruit and fine cut meats! She had no words! She was so inspired by the set up, that after taking it all in, and having a few bites together. Steven asked to take her photo. She stood up to pose for the photo, and when she turned back around, Steven was on one knee!!! After Cassandra said, "Yes!" They took the jungle for themselves! The laughed, played, swam together in the sacred cenote water, and finished their brunch. With so much happiness and excitement, they headed to the beach for some more photos as fiancés! Congratulations, Steven and Cassandra!! May you have many years of happiness and lots of love! 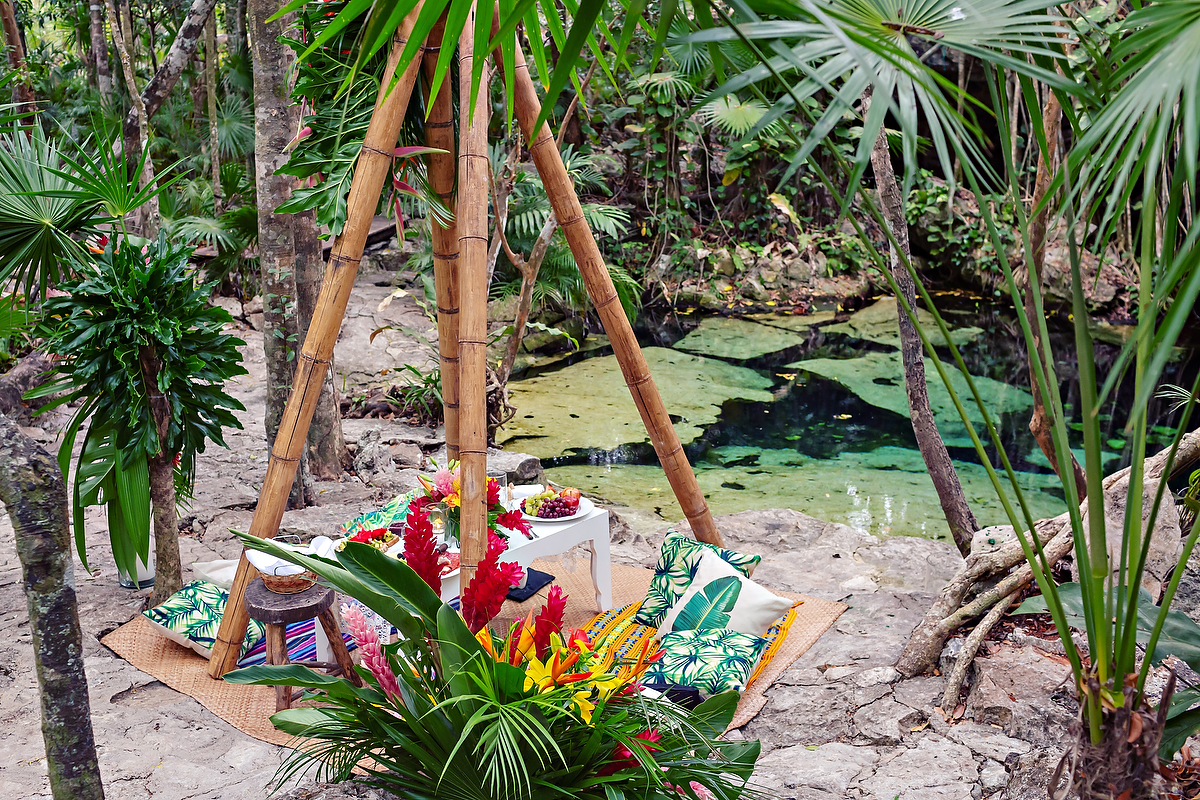